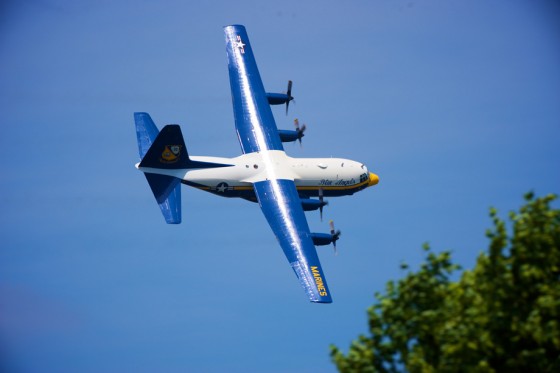 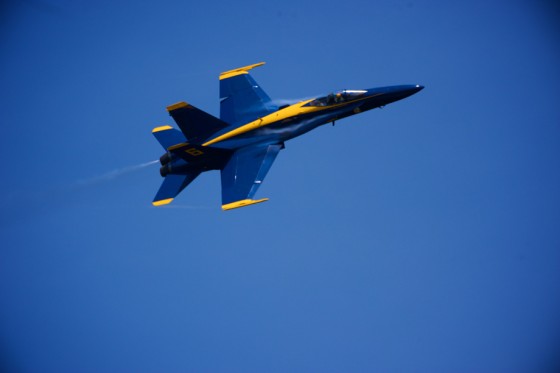 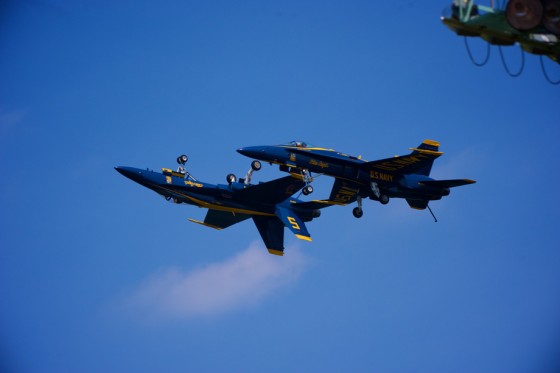 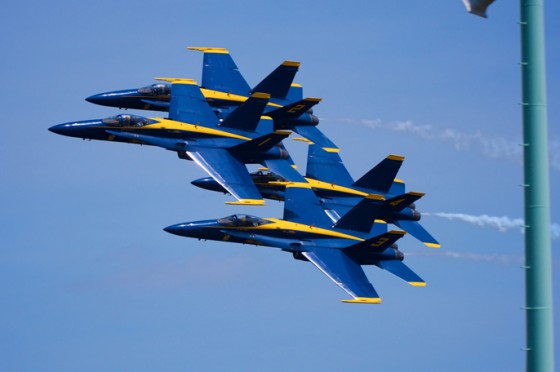 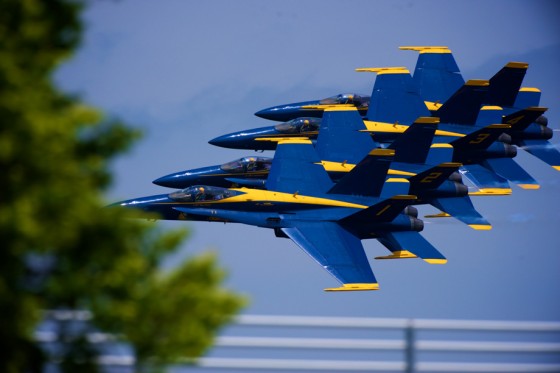 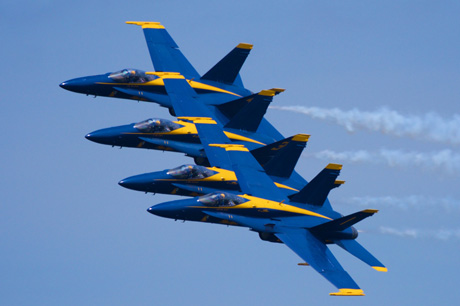 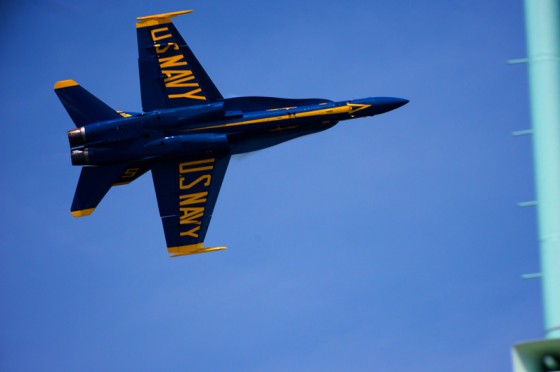 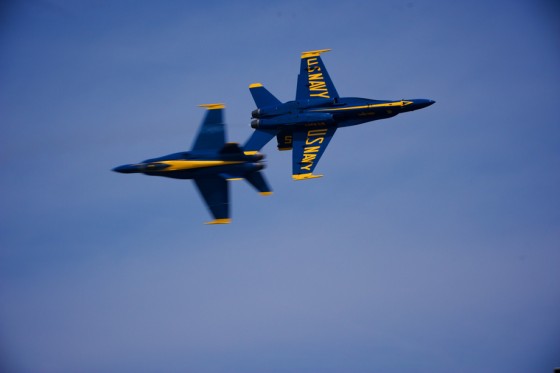 The show starts with a C-130 (nicknamed Fat Albert) doing some aerial maneuvers for 5 minutes, as the announcer warms up the audience with facts about the jets, the Blue Angels training, etc. The C-130 maneuvers weren’t bad, but very much like the rock and roll “drum solo”. Hey, Fat Albert can only pull so many G’s.

Then literally out of the blue, the Blue Angels come screaming in at about 50 feet off the deck, 500 knots, slightly above some bleachers at the Naval Academy lacrosse field.

In one of the photos of 4 of the aircraft, (the photo with the green tree on the left) look closely at the helmets of the pilots as the make this banked turn, 18 inches wingtip to wingtip. In the multi-plane Blue Angels formations the lead pilot (tail #1 in this photo) looks forward, as any pilot would. All the other pilots look at the lead pilot. They are not looking ahead but totally trusting of the lead pilot.

During some of the show they played the real-time audio from the lead pilot as he gave the various commands to the other pilots, which was extra cool.